If you are looking for more aerial tips and tricks then this 2021 guide will help you.

Similar to a LBD, or ‘little black dress’, every skilled aerial artist has a set of moves or routines in their arsenal that they are ready to pull out in any situation. The question remains: is there some sort of secret to creating a piece of choreography that makes people what to stop and look?

Nuances and details can be discussed for hours, but there are really just a few Aerial Tips and Tricks you can use to create a versatile, yet entertaining routine that can be used for all types of audiences and events.

Every routine that is done for a commercial audience includes some sort of splits, as well as a backbend. There is a reason for this: it simply looks cool! It is also a relatively simple pose to do; so simple, it would seem foolish not to include it in your choreography! It is timeless, and it’s something people never tire of.

Do you have strong forearm and hands? If so, try hanging on your silks for a moment with just your hands. Do you have strong, beautiful feet? Make sure they are not only pointed, but seen. Highlight the things you are particularly good at and you will be sure to wow an audience.

What isn’t your ‘thing’?

If you are incapable of pointing your toes, then it is better to flex them or keep them out of sight (at least as much as possible). You can certainly perform without showing your flaws, as long as you don’t pretend you have a particular skill that you’re actually not that good at. If you aren’t that strong yet, it is acceptable to stay in one place on your silk; it’s a better option than letting the audience see you struggle or sweat.

One of the biggest and most noticeable mistakes you can do in performance is rushing through trick after trick in an attempt to show everything you can do in one routine. Remember to take a moment and breathe. When you do a showy, more difficult move, hold it and count to at least four ‘one thousands’; it might seem like a long time, but it passes by in a flash.

A routine becomes more interesting and appealing if you change up your speed and movements. Drops, for example, should have held in between them. Switching your speeds from fast movements to slow movements will also help you get and keep your audience’s attention.

Change up your rhythm

It might seem natural to time your routine to three’s, but it can get boring quickly, just as it can get dull to hit all the accents in your song. It is important to go along with the beat of your song, but it can also be interesting to go against it.

Think about your transitions as much as your tricks

Do not forget that your audience is still watching you as you wrap yourself in your silks; it matters almost as much as the actual routine itself. Make your transitions as deliberate and meaning as the actual poses themselves. Don’t just think of them as something to do to move on to the next move.

Climbing up your silk can take some time and it is important to remember that your audience never takes their eyes off of you. If you climb more than twice, be sure to make your second climb a little different than the first. Your third climb should be a completely new move. 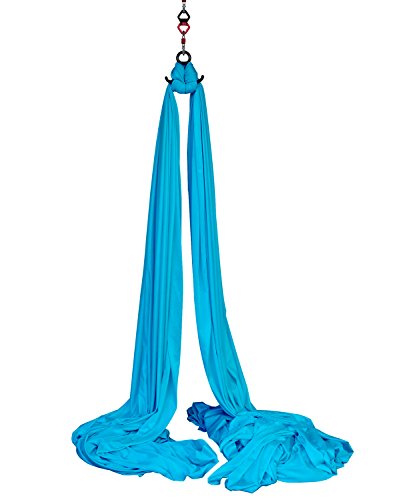 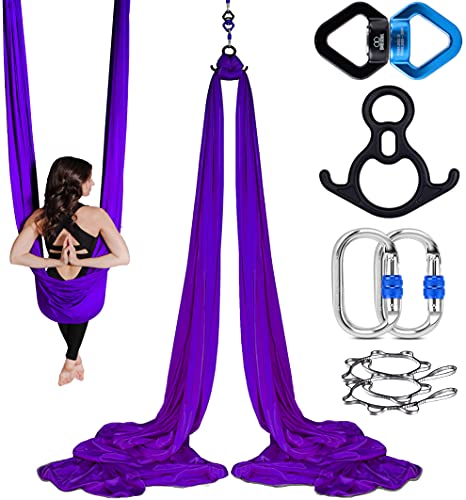 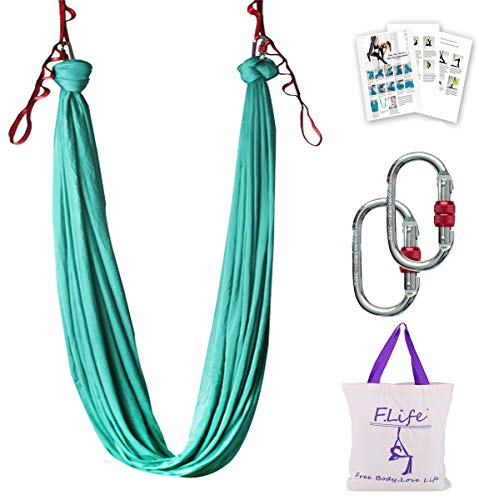 Always keep in mind that your silk consists of two pieces of wide fabric; they are not ropes. Since you can open up your silks, it is easy to show them off! It is an incredibly simple way to add a very appealing aspect to your routine and requires minimal effort at best. Plus, the audience loves and probably won’t even notice a little fluff in your routine.

Click here to see all the best aerial silks

It is important to be able to perform a routine in a number of different ways. If, for example, you are performing in a show at Hedonism III (though I don’t actually think I know anyone who actually has), you definitely don’t want to act like you’re performing for a school.

On the other hand, if you are performing for a crowd that has children in the audience (especially in place in North America), you will definitely want to tone down your sexuality’ Then tone it down some more. Some people might think that the aerial arts are inherently sensual and filled with sexuality, but this is not necessarily the case.

It is very possible to approach aerial silks with curiosity and genuine interest. It is up to the artist to learned to perform their routine in a number of different ways.

Another way you can change up your routine is to do different things with your hair. It can be an advantage to you to learn how to do the same routine with your hair up as well as down. Generally though, doing routines with your hair down is considered more sensual and is usually reserved for nightclubs and cabarets.

The main thing to remember when performing in the aerial arts is to not overthink your routine, or obsess over what types of tricks you do. If you have been thinking about conquering new tricks or adding something completely different into your routine, then by all means, go for it! The most important aspect will always be the how over the what.

In all honesty, an audience can’t even tell whether you added something new to a routine, much less the difference between what is new and innovative and what is boring and standard, or even what is a difficult move versus an easy move, unless they are aerial artists themselves, of course. All they see is a person wrapping and unwrapping themselves in their silks in various ways. That’s seriously it.

The only thing that matters when you are performing in the aerial arts is if you have a variety of moves in your choreography, a connection with the audience, a presence on stage and if you go through the motions with grace. It might seem like a lot, but it is guaranteed that these things will come naturally if you practice often, build your strength, and focus on great technique and form.

Also Learn how to hang your own aerial silks

.Everything Pole Dance
Learn From Home
basicinvert78.com is a participant in the Amazon Services LLC Associates Program, an affiliate advertising praogram designed to provide a means for sites to earn advertising fees by advertising and linking to Amazon. Certain content that appears on Watchdig.org comes from Amazon Services LLC. This content is provided ‘as is’ and is subject to change or removal at any time.
We use cookies on our website to give you the most relevant experience by remembering your preferences and repeat visits. By clicking “Accept”, you consent to the use of ALL the cookies.
Do not sell my personal information.
Cookie SettingsAccept
Manage consent

This website uses cookies to improve your experience while you navigate through the website. Out of these, the cookies that are categorized as necessary are stored on your browser as they are essential for the working of basic functionalities of the website. We also use third-party cookies that help us analyze and understand how you use this website. These cookies will be stored in your browser only with your consent. You also have the option to opt-out of these cookies. But opting out of some of these cookies may affect your browsing experience.
Necessary Always Enabled
Necessary cookies are absolutely essential for the website to function properly. These cookies ensure basic functionalities and security features of the website, anonymously.
Functional
Functional cookies help to perform certain functionalities like sharing the content of the website on social media platforms, collect feedbacks, and other third-party features.
Performance
Performance cookies are used to understand and analyze the key performance indexes of the website which helps in delivering a better user experience for the visitors.
Analytics
Analytical cookies are used to understand how visitors interact with the website. These cookies help provide information on metrics the number of visitors, bounce rate, traffic source, etc.
Advertisement
Advertisement cookies are used to provide visitors with relevant ads and marketing campaigns. These cookies track visitors across websites and collect information to provide customized ads.
Others
Other uncategorized cookies are those that are being analyzed and have not been classified into a category as yet.
SAVE & ACCEPT
Powered by