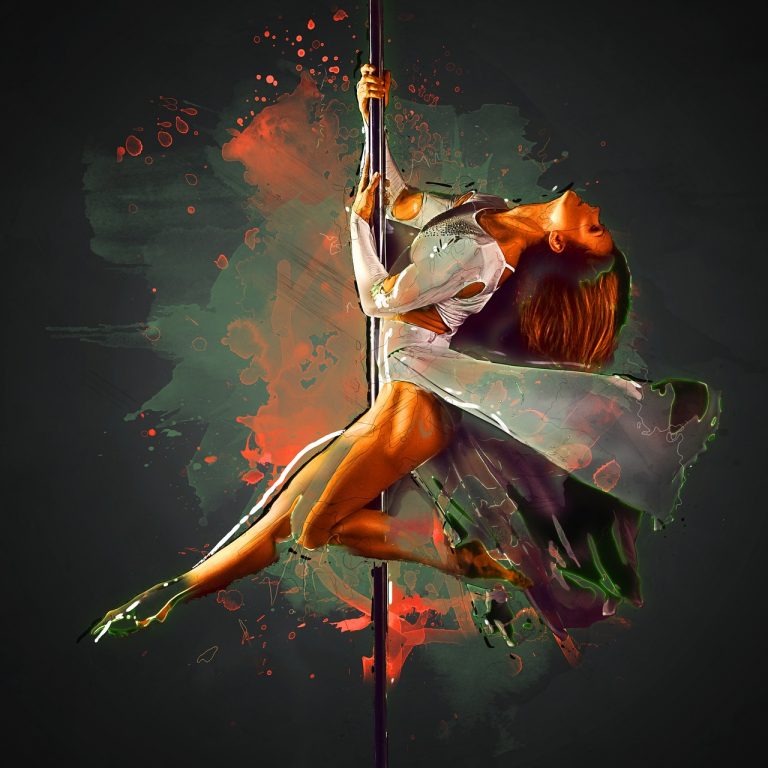 History of Pole Dance – How It Started

Variations of pole dancing have been around for thousands of years. It wasn’t until the 1980’s that pole dancing laid its foundation on the club scene where it took a life of its own, creating an image for the public perception that comes to many minds when they hear “pole dancing”.

Just as ballet and other dance forms that are now viewed as art were originally frowned upon because they highlighted the female form in an era of conservative values and traditions that inherently made it taboo and even gracing the lines of it being illegal.

At present day, both stripping and pole dance fitness have landed it in the mainstream spotlight with every year seeming to become more popular a societal values progress. The general public perception is forever evolving to paying homage to the adult industry and in parallel, creating an art and athleticism that can be enjoyed by everyone partaking and spectating. This progression has even begun to make pole dancing recognised as an official Olympic sport.

Over two thousand years ago in India, men participated in a sport called Mallakhamb (“pole gymnastics”). The pole was wooden, wider than today’s modern pole and had a large wooden ball at the top. This sport was used to help them build stamina, strength, coordination, reflexes and endurance. Although the sport lost popularity for a while, it was revived in the early nineteenth century and currently, there are national Mallakhamb championships in which men from around India compete. To see an example of the incredible strength and agility of these competitors, watch this video:

Another historical form of pole dancing is the Chinese pole, in which men used two twenty-foot poles coated in rubber and leapt from one to another defying gravity. The moves on these poles are less fluid than modern pole performances, but they require incredible strength and skill. Chinese Pole dates back to at least the 12th century, but today’s popular Cirque du Soleil shows incorporate Chinese pole acts into their performances and Chinese Pole remains a popular sport today. You can see an example of this below:

Strip clubs popped up everywhere and became more mainstream and acceptable for their topless and nude strip shows and even making their way into Hollywood movie hit. It could be argued that early movies depicting scenes of a strip club were commonly seedy places where drugs, mafia and human trafficking are rife and attracting the rough end of society for late-night entertainment.

At the age of 19, Fawnia Dietrich (formerly Fawnia Mondey) saw the art, expression and strength involved in pole dancing and decided to become the world’s first pole dance instructor, opening her studio in December 1994. And in 2006, many people began to take homage of pole dance to the athletic and gymnastic form of pole dancing whilst adapting similar elements, floor work, pole tricks that the adult industry built.

Today’s pole dancing has ventured in more areas than one, from the thriving adult industry to parallel with pole dance competitions and as a way for common alternative to going to the gym ( pole fitness).

Pole dancing has become an increasingly popular form of fitness and dance and is now a recognized form of exercise. Pole dancing can be aerobic as well as anaerobic, and it is a more natural form of exercise than most it utilizes your own body weight instead of lifting weights, Using one simple piece to that puzzle is the pole. Even so, pole dancing can actually be a more strenuous workout than many other sports. Even men are beginning to catch on to the workout benefits of a pole and have begun competing!

The New Generation of Aerial Arts

Now with pole dance and aerial arts basically converging into a similar creative outlet for dance, we have the Aerial cube, lyra hoop, hanging pole (pole not fixed to the ground and free things from the ceiling) as well as aerial silks and more.

If you’re in pole dancing you’ve probably seen or tried at least of or more of these aerialist dances that all have one thing in common, you’re holding yourself up in the air doing tricks and elements.

These days it’s not hard to find a pole dance competition happening in the main city where the world best pole dancers come together and compete in the main categories and titles commonly known in the competing circuits as some of the following main competing pole categories:

Pole Dance In The Olympics?

Pole dance has challenged adversary thinking along its way, but the sheer talent and strength it takes to create a choreography is starting to get attention from the Olympic committee to consider pole dance for the Olympic games. Pole dancers from all over have been actively rallying to get pole dance as a competing Olympic sport on the worlds stage. Petitions and activists have taken the front line to get pole dance a fair shake in the Olympics.

And one of the best things about pole dancing is that with just a pole and a few online courses you can learn the basics from home.